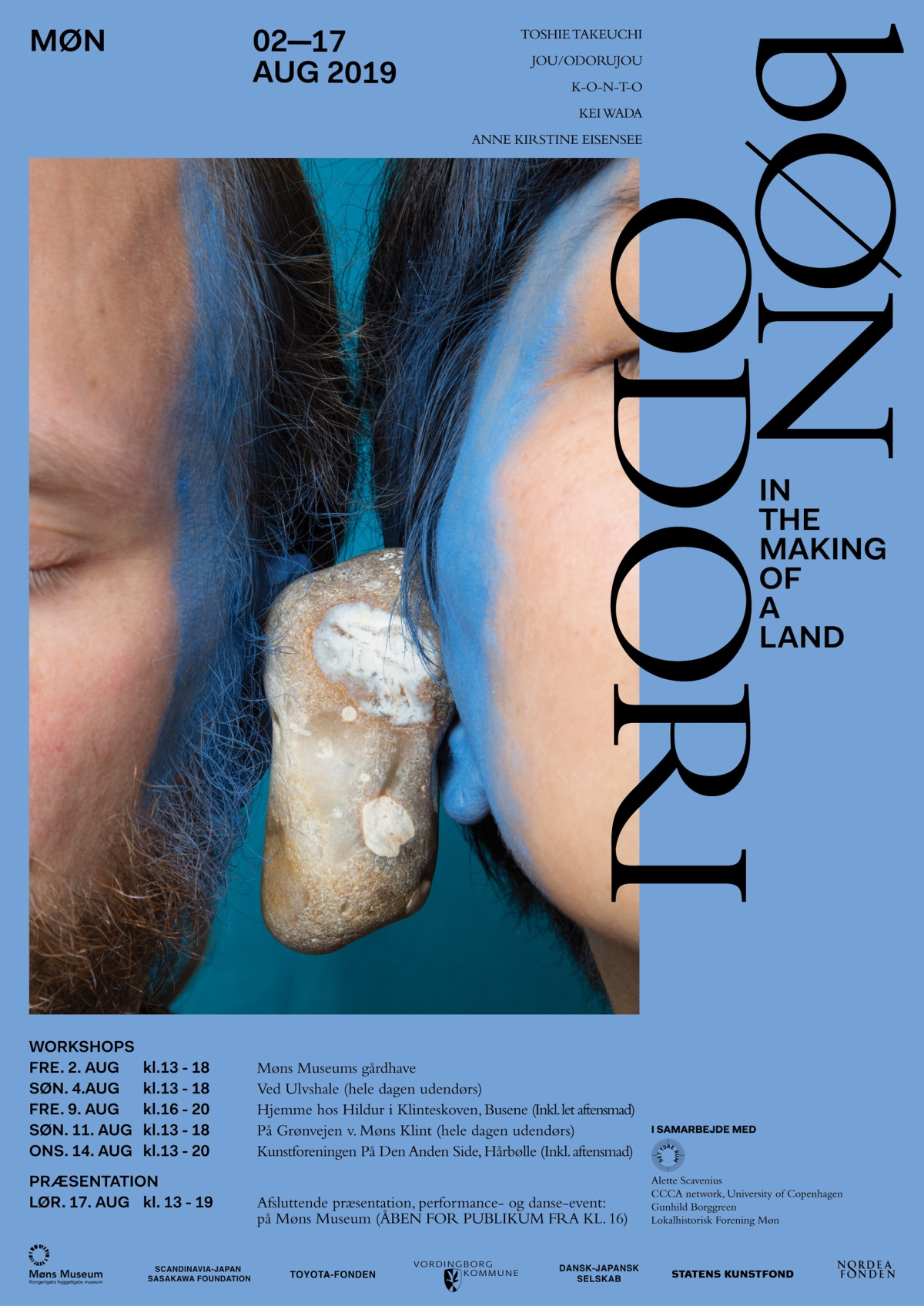 Interdisciplinary art project based on artistic research, dance and community-art which resulted in workshops and a performance in Møn Denmark from 2. to 17. August 2019.

The starting point was my first encounter with the island of Møn and its people and the local stories. In order to de-/re-construct the spiritual moment of the encounter and a strong feeling, I have introduced Bon Odori – a Japanese summer folk dance – into the project.

Bon Odori is Buddhism originated ritualistic dance for paying honor to spirits of ancestors who return home during O-bon period in August. There are more than 500 Bon dances and songs in Japan. Each of them were born out of specific cultures in specific areas of the country. This could be described with the term of Hudo [風土]. In this regard, Bon Odori can be considered as a physical and musical representation of Japanese local communities. It can be also considered as the method to succeed knowledge and stories from generation to generation.

In the course of history, the style of Bon Odori has been transformed and has sometimes been banned because of its amusing and popular aspects. It could have triggered to form rebelling against the power of that time. In the modern Japan, it is implemented more as tradition and entertainment. A group of people typically gather e.g. in town squares and follow same repetitive movements in a circle around a stage called Yagura. However in this “sameness” we find individuality and uniqueness in each of the dancers, because of the long repetition and ritualistic aspects. This creates an organic unity.

We applied the concept behind Bon Odori – especially its ancestral, ritual and communal aspects – into the modern and local context of Møn Denmark. For the workshops, we focused on the point “individual uniqueness and reflection”. And then, through the 5 thematic workshops in different locations of the island, together with participants, we’ve explored the special cultures that Møn offered to us – I call it Hudo of Møn –. (List of the workshop below) After archival studies, sensory walks and environmental explorations or reflections about community, we transformed Møn’s Hudo into movements, steps and sound. As a result of the workshops, a participatory-performance took place at Møns Museum. The workshops’ participants improvisationally performed in and around the site-specific stage sculpture ‘Møns Yagura’.

‘bØN Odori – in the making of a land’ is a collaborative project. We aim to continue the project in different and similar format both in and out of Møn.

The following workshops and the performance took place.

Sign up one or more info about the workshops at: (>> Closed now)
Email: boenodorimoen@gmail.com